Tolyatti is a city in Samara Oblast. Tolyatti is a large industrial and business junction of the region. About 60% of the total production output of the Samara Region is produced in the city. Major enterprises of Russian machine building and chemical industries form the basis of the citys economy. Internationally the city is best known as the home of Russia's largest car manufacturer, which was founded in the late 1960s. This manufacturer is also one of the key customers of Rhenus in Samara Oblast. In this city there is office of Rhenus Intermodal Systems. Alexander visited the office and met with branch manager Akhtyamov Zufar.

Alexander also visited large container terminal TRANS-EXPRESS-SERVICE that located in Tolyatti. Rhenus is the operator of the regular container train that rides from the station in Novorossiysk to the station in Togliatti (and back). Service is weekly. Transit term for railway three days.

Alexander drove the way through Ufa. Ufa is the capital of the autonomous republic of Bashkortostan. The city is a large transport hub in Russia (railways, pipelines, highways, air and river routes). The navigable Belaya River, with its tributary Ufa, intersects here with the historical course of the Trans-Siberian Railway.

Chelyabinsk is a city and the administrative center of Chelyabinsk Oblast, Russia, located in the northeast of the oblast, 210 kilometers (130 mi) south of Yekaterinburg, just to the east of the Ural Mountains, on the Miass River, on the border of Europe and Asia.

In Chelyabinsk Oblast Kopeysk city is located. Alexander arrived there on August 12th and took a photo with the newspaper “Kopeysk worker”. The “Kopeysk worker” is so popular because famous people and Hollywood celebrities often “read” this newspaper. Because of that, mass media has a large number of stars' photos with this newspaper.

According to the original plan, Alexander's journey was to go through Yekaterinburg, where the Rhenus office is located. However, due to an unplanned deviation from the schedule, Alexander was forced to drive past the city.

Tyukalinsk is a town in the Omsk Oblast in southwestern Siberia. Among the largest industrial companies are aerospace manufacturers, the Omsk Aggregate Works, an agricultural manufacturer, and a company that manufactures the T-80 battle tank. Omsk is also home to one of the most important oil refineries in Russia.

In Kemerovo, Alexander stayed overnight at house of his old friends. Kemerovo is an industrial city and the administrative center of Kemerovo Oblast, located at the confluence of the Iskitim and Tom Rivers, in the major coal mining region of the Kuznetsk Basin. Kemerovo is linked to western Russia by a branch of the Trans-Siberian Railway and has the Kemerovo Railway station.

PART 5: The six bridges of Krasnoyarsk 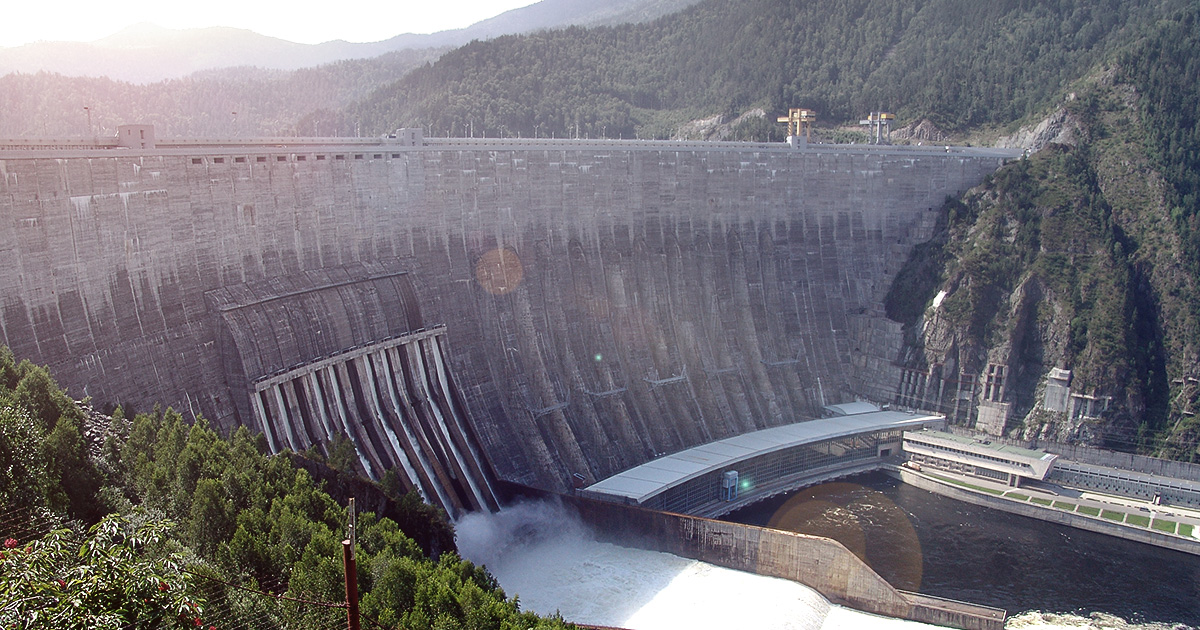 In July, the federal highway between Krasnoyarsk and Irkutsk was blocked due to flooding. According to the data of the Ministry of Emergency Situations in the Krasnoyarsk Territory, traffic restrictions were in the area of ​​1477 - 1496 km. P-255 Siberia Highways Novosibirsk - Kemerovo, Krasnoyarsk - Irkutsk. 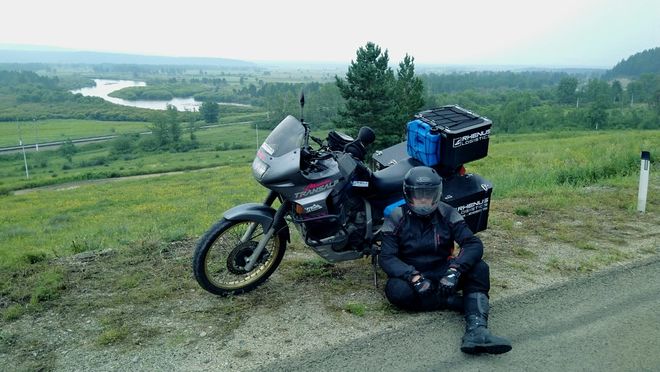 During this journey, Alexander stayed overnight at the Biker area in Mogocha and drove through the city of Chita, which is a major railway center of the Trans-Siberian Railway. The Trans-Baikal Railway Administration is located in Chita and controls traffic on the territory of the Trans-Baikal Territory and the Amur Region (the total length of the routes is 3,400 km). Also, 3 federal highways pass through the city:

Irkutsk is by far the most popular stop on the Trans-Siberian Railway between Moscow and all points east. With Lake Baikal a mere 70km away, the city is the best base from which to strike out for the western shoreline. In Irkutsk there is also a Buddhist Centre. The Buddhist Centre belongs to the Karma Kagyu tradition of Tibetan Buddhism and is under the spiritual guidance of His Holiness XVII Karmapa Trinley Thaye Dorje and headed by Lama Ole Nydahl. Here you can get in touch with practicing Buddhists.

One of the world’s oldest geographical features (formed 25 to 30 million years ago), magnificent Lake Baikal is the highlight of Eastern Siberia. All travelers enjoy gob smacking vistas across waters of the deepest blue to soaring mountain ranges on the opposite shore. Baikal is 636km from north to south and up to 1637m deep, making it the world’s deepest lake, containing nearly one-fifth of the planet’s unfrozen fresh water.

Alexander will spend the next couple of days on the Olkhon Island in Khuzhir. Khuzhir is a rural locality (a settlement) in Olkhonsky District of Irkutsk Oblast, Russia, located on the west side of the Olkhon Island, the largest island in Lake Baikal.

PART 3: Arriving in Belogorsk city located in the Amur region

Belogorsk is one of the major transport hubs of the Far East. The Trans-Siberian Railway also passes through the city. On the way from Khabarovsk to Belogorsk, Alexander met a moving container train. From Belogorsk to the south there is a railway line to Blagoveshchensk, through which container shipping is carried out. 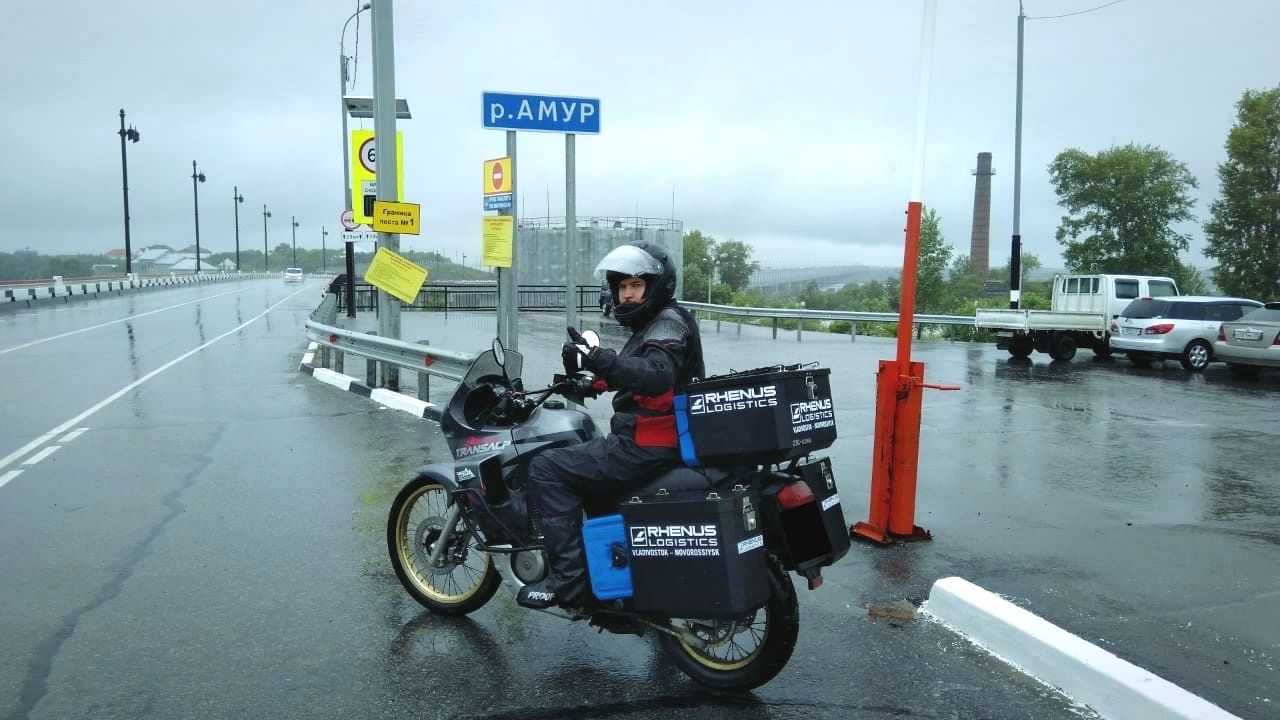 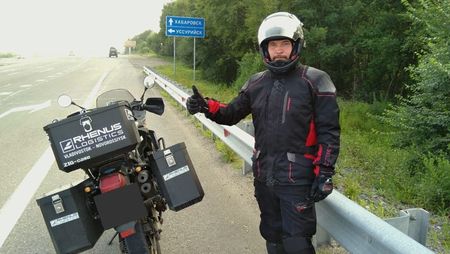 Khabarovsk is the largest transport knot of Russian Far East region. The city is located along the Trans-Siberian Railway. This railway junction is the biggest in the region. There are connecting branch lines into Mongolia, China and North Korea.

Khabarovsk river port is the largest port of Amur Shipping Company. The port provides the connection of the city along the Amuru, Ussuri and Sungari rivers with the Amur Region, the Primorsky Territory and the districts of the Lower Amur. It includes 3 cargo areas located on both banks of the river. In the port arrives: grain cargo, fish, mineral construction materials.

Khabarovsk city is the administrative center of Khabarovsk Krai. The region is the key infrastructure node in the commodity exchange between Russia and other countries. Inland water transport of Khabarovsk Krai secures a cargo and passenger flow exit via a network of waterways southwest to the north-eastern Provinces of China (PRC) and northwest to the Tatar Strait. 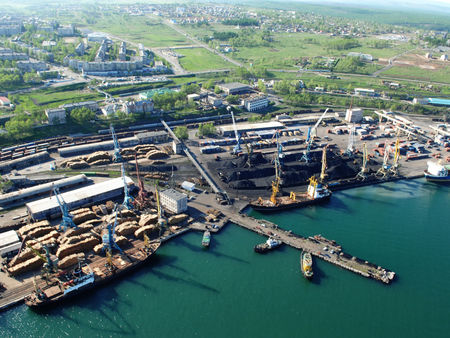 Rhenus Rail is the operator of a regular container train Moscow-Khabarovsk, with a frequency of up to 6 trains per month. The train carries consumer goods, equipment, raw materials. The train is made up of platforms and containers owned by Rhenus Group.

Terminal and Warehouse Management of Russian Railways is basic terminal-partner of Rhenus Rail in Khabarovsk.

Arriving in Vladivostock and visiting the commercial port

Vladivostok is a port city located in Russia (northeastern Asia), and on Golden Horn Bay (Sea of Japan). The port is open to Russian and foreign vessels all year round. It serves 16 lines, including 10 container lines, 4 Ro-Ro and 2 passenger lines.

The port is being an end point of Trans-Siberia Railway and well equipped by net of railroads. Nowadays, port of Vladivostok contains over 20 independent stevedoring companies with own infrastructure, berthes and jetties, who handling various import/export of cargo commodities, such as containers, steel production, vehicles and cars, bagged and general cargoes, fuel and liquids.